The oldest sommelier ever, came from Phrygia and used to pour nectar to the Gods.

“The king of the gods once burned with love for Phrygian Ganymede, and to win him Jupiter chose to be something other than he was. Yet he did not deign to transform himself into any other bird, than that eagle, that could carry his lightning bolts. Straightaway, he beat the air with deceitful wings, and stole the Trojan boy, who still handles the mixing cups, and against Juno’s will pours out Jove’s nectar”.

There is a sculpture that watches over the lands of Cecubo wine in Sperlonga.
It is Ganymede, the cupbearer to gods, and his figure stands on the cave of Tiberius.

A wine tour in Italy is always an amazing experience.

Everywhere you go you find history, culture, delicious food, stunning views and nice people.
Sperlonga, an easy ride from Rome, is one of these tiny places that has all that.
In addition to beautiful beaches and crystal clear water.

But there are three factors that made the fortune of Sperlonga town so long ago. 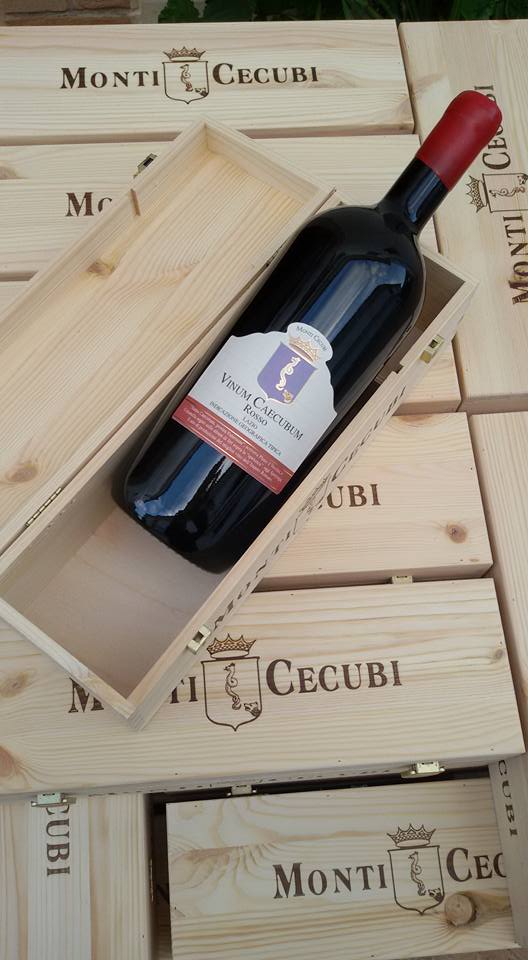 What about Cecubo, the wine of the old Romans? And how the Monti Cecubi winery was born?

The Cecubo is one of the wines that you’ll taste during your ancient Roman wine tour experience.
So let’s learn something about it!

Want to stay in Sperlonga?